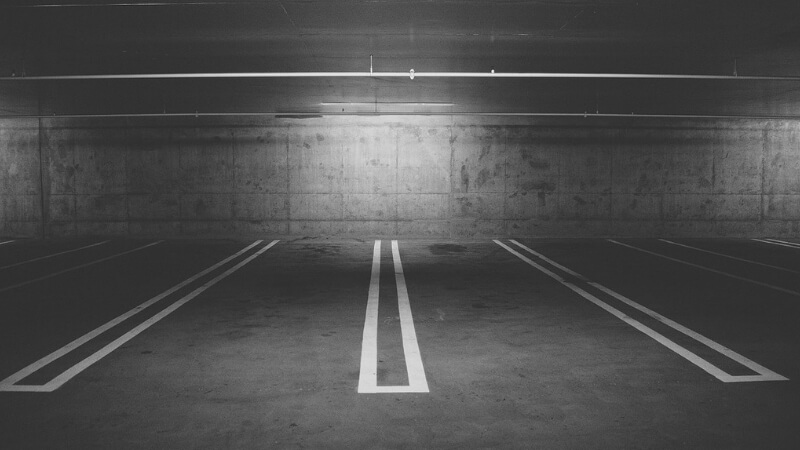 Cinder blocks are a great choice for building a garage because they’re stronger than steel or wood frame garages. They’re durable and can easily hold up the weight of any beams or roofing.

Cinder blocks are preferred by construction companies that build industrial facilities because they can better withstand any fire or explosion dangers and are less susceptible to long-term damage of a material leak.

They aren’t as susceptible to mold as wooden buildings and won’t rust like metal frames. Cinder block garages are typically more expensive than other materials and can take longer to build, but they stand the test of time.

Home owners and business owners repeatedly turn to cinder block as the best storage and work option. Read along for tips on what’s involved in cinder block garage construction. Once cinder block has been settled on as far as materials go, it’s time to start sizing out the structure. How big a garage gets built depends largely on what it’ll be used for.

Obviously, fewer cinder blocks will be required for a garden shed vs an industrial garage. Here are some basic things to consider when building a cinder block garage:

Once the cinder block garage is well on its way to completion, it’s time to consider what kind of options to use to make it more energy efficient, easy to access, or visually appealing.

Insulation – Cinder blocks are porous, which means air and moisture can make their way in and heat can get out. The right insulation will make working inside the garage pleasant year-round.

It can also be a great place to store temperature-sensitive items. Foam insulation is the way to go with cinder blocks. Just make sure to first measure and place 2x4s along the edges of the cinder blocks so the insulation doesn’t come in direct contact with the wall.

Front with brick – Fronting a cinder block garage with brickwork is an excellent way to make it look nice. Bricks that are used to attach to cinder block are generally half the width of a normal brick.

They are applied to the walls like tile. If the bricks are going on an exterior wall where there will be moisture, there needs to be a water-resistant barrier between the cinder blocks and brickwork. Once it’s installed, use a mortar and lath to place the brick tiles.

Paint – A layer of paint can change a drab grey cinder block wall into something much more appealing. However, painting cinder blocks is not like a normal paint job.

Because the blocks are so porous, it requires a few extra steps. First, the cinder blocks need to be thoroughly washed to get rid of dirt that could cause flaking. Next, use acrylic caulk on any large cracks in the wall. This will prevent paint from seeping in too deeply.

After the caulk dries, use concrete sealer on the entire surface and let it dry for several hours. Then it’s ready to paint. Cinder block walls should only be painted with acrylic house paint or exterior latex masonry paint.

The Roof – Thinking about finishing four square or rectangle walls is easy. Design gets tough when deciding the best roof for a cinder block garage. Cinder blocks look industrial, so a lot of people opt for sheet metal or steel roofs.

If the garage is part of a home, though, it makes the most sense to have it fit in with the house’s design theme. However, most people build cinder block garages because they want them to be impervious.

Metal roofs will hold up for as long as the garage will, so that may be the best course of action. Metal roofs are also often the least expensive option.

Cinder block garages are an excellent choice for people seeking durability and quality build strength. They can serve as a shelter or secure storage space. Despite being more expensive and labor-intensive than some other materials, owners rarely regret choosing cinder block for garage builds.

With the right care and materials, building a great cinder block garage can be easy. They’re the best choice for moisture, hazard and impact resistance. For those that don’t love the look of cinder block, a fantastic paint job or tile front work can change the appearance of a cinder block garage into something more elegant that they’ll be happy with for decades.