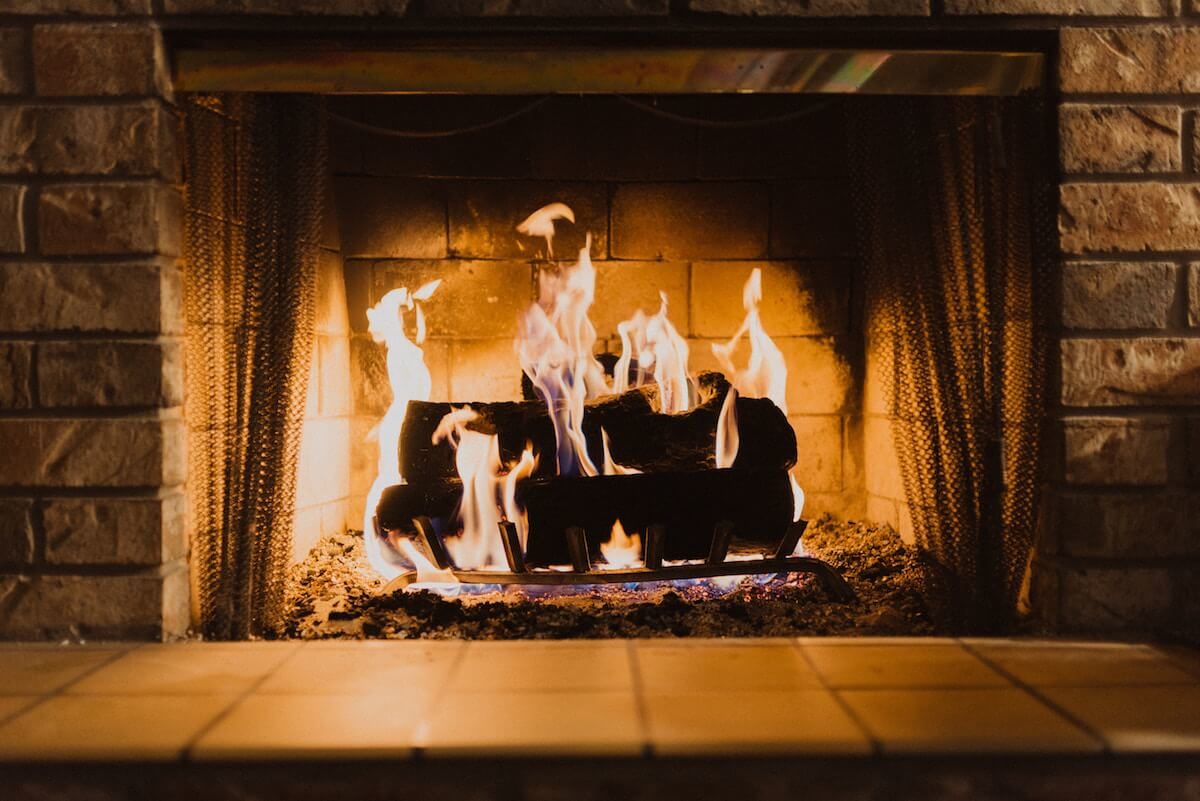 There aren’t many disadvantages of owning a fireplace. They’re such a sought-after amenity in homes because people love to use them, and they serve such an important function.

They keep houses warm and inviting. There’s nothing quite like cozying up to a fire with a book or just staring into the flames as you sip a drink. There’s something romantic and basic about a working fireplace that makes us feel more connected to nature.

However, a lot of fireplace owners, when pressed, will admit that they struggle to get rid of the smoky smell. No one minds the smoke when the fireplace is in use, but it’s a frequent issue homeowners seek help with.

If the odor is strong enough, it can trigger headaches and affect the mood inside. Proper use and maintenance of a fireplace are perhaps the best way to combat strong residual odors.

Here are some tips on how to get rid of fireplace smell.

The best way to fight off smells is by limiting the buildup of soot, dirt and smoke in the fireplace. This is done by regularly cleaning the fireplace and chimney, and by scheduling normal maintenance.

A fireplace and chimney service company will have tools that can reach small or hidden areas to clean away any debris. It’s fairly basic, the less smoke and soot buildup there is, the less odor it will put off. Having your fireplace maintained by a professional will also keep it working correctly.

Keeping a good draft will allow smoke to travel through the chimney efficiently to the outside. Less of it will stay indoors and there will be less of a chance things will smell.

Homeowners can also do their part by cleaning the fireplace and mantel. A soapy solution can be used with a wet towel to wipe down walls to break down residue.

To keep odors from the fireplace from permeating around the house, think about installing a glass fire screen. The screen confines the smoky odor to inside the fireplace.

When you’re not using the fireplace, place the screen along the opening to keep smells from spreading. These screens are not one size fits all, so you need to make sure you have your measurements down before making any purchases. The fit needs to be tight to prevent any leaks.

Additionally, you can limit smells by taking the extra step of closing the damper when you’re not using the fireplace. It’s often the first step homeowners take to stop smells because they figure if the opening’s closed it will prevent smells from coming in.

Another thing you can do is have a chimney balloon installed. Chimney balloons are placed above old lower damper frames and help vent smoke and air out of the house more effectively.

There are certain things homeowners can do themselves to limit odors coming from the fireplace that they use for other smells around the house. One thing they can do is place lava rocks inside the fireplace.

Lava rocks are known to absorb smoky smells. They are for sale in pet stores or at your local home improvement chain stores. Just make sure to reactivate them time to time by leaving them in direct sunlight for several house before putting them back into the fireplace to suck up more smell.

You can also use common odor removers that can be purchased from stores. Be discerning, though, because a lot of the time these odor removers only mask the smell with a fragrance of your own. Choose one that you like and do some research before you buy.

You can also get really basic with baking soda or vinegar. If you’re dealing with foul odors in your fireplace, give it a clean and vacuum, and then sprinkle two packages of baking soda on the fireplace floor and walls. A decent coat of baking soda will do a lot to suck up odors.

To make the baking soda stick to the walls better, spray the walls with a dash of water before you toss any. Things should be better within 48 hours, after which you can vacuum the baking soda up so things look nice and clean.

Believe it or not, but a pot of vinegar left in the fireplace for a few days can also do the trick. Vinegar is great at absorbing all sorts of odors. Some homeowners find success by even using a paint brush to coat the walls of a fireplace with vinegar.

The porous bricks suck in the vinegar that eradicates smoke smells. For people who can’t stand the strong vinegar smell, don’t worry, it goes away after it dries.

Another measure people find success with is using an air purifier in the room where the fireplace is located. Air purifies circulate air throughout a room and suck up and impurities that often contribute to bad smells. They’ll make the air nice and fresh and make it smell less smoky inside.

If you try everything and still can’t seem to get rid of the smell, consider asking a professional chimney sweep to take a look. Fireplace and chimney service companies have years of experience spotting and solving odor problems.

They have tools that can get to places inside the chimney that are impossible to see or reach. They often spot debris buildups that homeowners were unaware existed.

Professionals can even identify mold infestations that could be inside the chimney contributing to the unpleasant odors in your home.

The best time to do maintenance on your fireplace is the off season when it’s not in frequent use. Many professional chimney servicers will recommend a yearly inspection and maintenance call to get everything ready for the winter when the season will mean fireplaces get used a lot.

They’ll be able to make sure your fireplace is in great shape, so no foul odors come billowing back down your chimney.