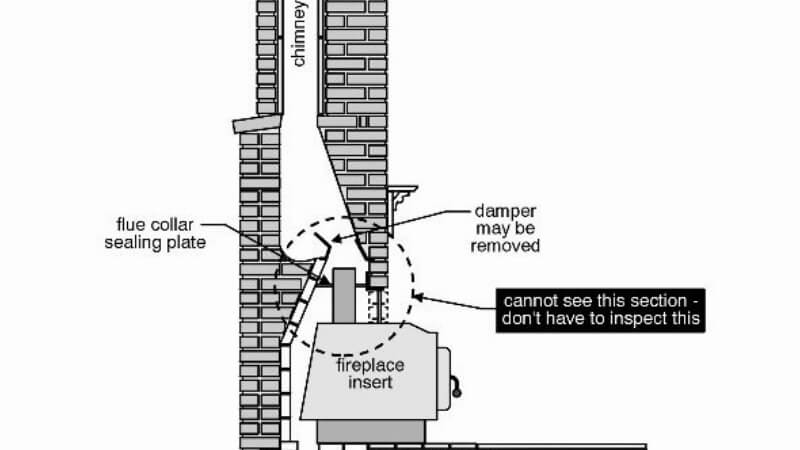 Most woodburning fireplaces built after the 1950’s have what’s called a fireplace damper. The damper consists of metal flaps that allow smoke to feed out of the fire and chimney to the outside.

When a fire isn’t running, the damper can be closed to keep cold air from breezing into the house. It’s a critical component of modern fireplace builds that can help homeowners save on energy costs and better control the indoor climate.

It’s a relatively standard innovation in fireplace design that allows owners to use their fireplaces optimally. Misuse of a fireplace damper can result in higher energy costs, and at worst the erosion of quality in your fireplace or chimney.

Here are some friendly tips on how to use a fireplace damper so you can get the most out of your fireplace.

A lot of inexperienced fireplace users have had smoke fill the room shortly after starting a brand-new fire. Their excitement over a pleasant evening quickly turns to horror as they worry something has gone terribly wrong.

Too much smoke inside the house can damage the interior and pose a health hazard to those inside. It’s also a sign that the fireplace damper has not be opened to adequately prepare the fireplace for a fire.

The damper is often a small metal flap located inside the fireplace flue. It can be opened or closed manually to control the amount of air that is allowed to pass through.

The amount of air a fire has to breathe has a large impact on how large it can grow and how long it lasts. Experts with the use of fireplaces become adept at using their dampers to make their fires great.

Usually there is a small lever, handle or chain next to the damper that can be pulled to open or close it. Even though it may sound obvious, it needs to be said that dampers should only be adjusted when there is no fire in the fireplace.

When the Damper Should be Closed

The damper needs to be in closed position whenever the fireplace is not in use. Forgetting to close the damper can let in large amounts of cold air in the winter months, essentially negating any heating you have going on in the house.

It also seals the fireplace so no debris from the outside can make its way in. Animals like birds, racoons, or rodents who like to nest in chimneys also have no way of getting into the house when it is closed.

Believe it or not some homeowners wake up to find animals in their home that have crawled in through an open flue or damper. Owning a home with a fireplace requires diligence knowing that the conditions for lighting a fire and not using the fireplace are met.

Having the damper closed will help keep the house secure and warm when you’re not in the mood for a fire.

Use the Damper to Control Fire Intensity

As mentioned, the amount of air a fire has access to will affect its intensity. Fire feeds on air, and it can influence the life of a fire just much as adding more firewood or Firestarter can.

Starve a fire of air and it has no chance of keeping lit. If the damper is closed, the fire will draw on air inside the home and billow out smoke into your living room or wherever the fireplace is located.

If you’re new to using a damper, experiment with different open positions until you find something to your liking. The right opening will let you enjoy the fire for hours without several trips outside to grab more wood to burn.

Tips on Effective Use of a Damper

The flue and the damper work together to funnel smoke effectively up the chimney and out of the house. Before starting a fire, if possible, wave a small flame under the flue to warm it up.

Placing a bit of fire underneath the flue and the damper when they’re open will create an air current that feeds smoke up into the chimney when the fire is fully going.

Another tip on effective use of a fireplace damper involves the end stages of a fire. Keep the damper open until all open flames are gone. When there are coals and embers still in the fireplace, close the damper to stop heat from escaping through the chimney.

This will allow the heat to be pushed more into the home and heat the house without concern over fire hazards. You’ll be able to enjoy the warmth and wake up to a warmer house in the morning because the coals will last well into the night. It will also help cut down on that heating bill.

Having a damper is a great option for fireplaces. It uses engineering to allow fireplaces to function efficiently when they’re being used and keep heat in and unwanted critters out when it’s not.

Dampers come in different configurations depending on the style and type of woodburning fireplace in your home. Make sure to read any relevant instructions on the proper operation of your damper before you light your first fire.

Once you get the hang of things, you can start to experiment with how different damper opening sizes affect how well your fire blazes and warms the house. Dampers are a simple contraption that can greatly enhance the experience of owning and using a fireplace