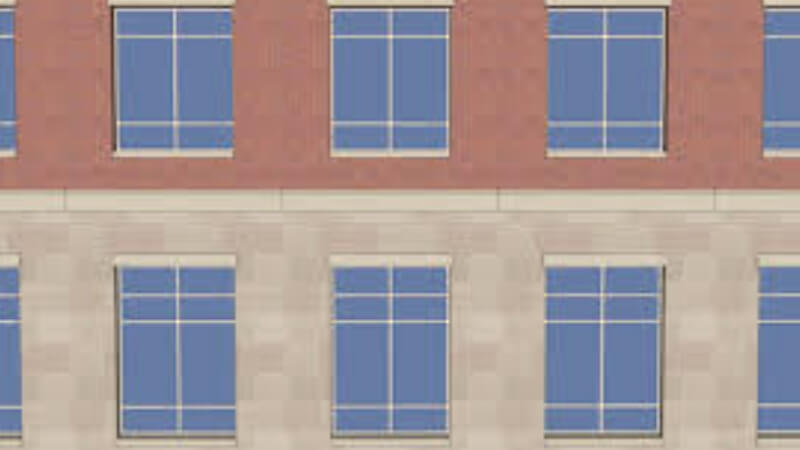 A lot goes into planning a building project. Architects work with cost controllers and parts suppliers in tug of war between cost and design. Designers are almost never given a blank check for their buildings, and eventually compromise has to be made.

Windows are often the center are many of these types of discussions because there are so many different options. Windows involve design considerations, but also impact energy costs, a building’s durability, and the morale of those inside who use the facilities.

There are a lot of different ways window construction can affect the look and feel of a commercial or residential space. Some of the most common window designs include:

In this article we’ll examine some of the benefits of punched windows, and why they’ve become such a popular choice.

What are Punched Windows?

Punched windows refer to the style of architecture that has a rectangle or square window installation separate from others. This means that, as opposed to a string of connected windows or floor-to-ceiling windows, the windows look like they’ve been punched individually into the side of a building or house.

There is drywall, brick, or some other material filling the space between two punched windows. The windows typically are filled by a glass pane that allows light in and offers an outside view to those inside.

Punched windows are popular in residential homes and apartment buildings, where privacy is a concern. They also work well in buildings that are in climates that are hard to moderate because the smaller window spaces make better wall insulation possible.

Some modern designers love working with creative punched window design outlays to give a home or building an avantgarde feel.

Some of the Benefits of Punched Windows

As previously mentioned, punched windows are great for buildings concerned with energy costs and privacy. For example, a hospital with ribbon windows would likely struggle with offering patients and providers rooms free from people who might look inside.

Another benefit of punched windows is cost control. Ribbon or curtain windows require much more glass to fill architectural plans than punched windows.

However, the amount of cost savings will depend on what the building is made of. Drywall and siding cost less than brick, so other factors will impact how much money punched windows can save.

Popular designers love to choose high-end frames and trim for punched windows, so occasionally the cost can even exceed other window form factors.

In general, though, punched windows are a great way to keep building costs down. This is particularly important for businesses that build their own office spaces, or homeowners building custom homes that they plan on living in for a long time.

For buildings where ribbon windows are even an option, punched windows are likely a big winner when it comes to energy savings. Large facilities that require a high number of windows cost a lot of money to keep cool in the summer and warm in the winter.

With punched windows, builders can get more insulation between the outside and the inside. The spaces between windows can make maintaining temperature a lot easier so the savings tally up every year when the heating bill comes around.

The wide variety of framing, from wood to aluminum trim, make punched windows stand out and help elevate any exterior.

Fewer specialized tools are needed for punched window installation. Dealing with a lot of large, expensive windowpanes necessitates expert technical knowledge as well as tools to get things right.

In addition to the many practical benefits of punched windows, they also carry a lot more customization options. Say, for instance, a building requires a certain room or section of a building to install bulletproof glass.

If the building has ribbon windows, then the section with reinforced glass will be much more obvious. A trained eye, or someone with nefarious intentions, could easily spot where the secure part of a building is.

It would also hurt the building or home’s aesthetic. It would be unfortunate if, after spending all the time and money that goes into building planning, that uneven shapes, shades or colors could make the design look poor.

There are no such concerns with punched windows because each window is isolated and can be adjusted individually without concern for the others.

Punched windows are also a lot easier to customize open and shut operation, whether it’s a top hinge or side hinge, tilt or turn windows. Dealing with ribbon or curtain window walls usually requires uniformity in design.

That means that every window needs to function the same in order for all of them to work. With punched windows, each window can be made to work however the builder or owner pleases.

It’s a great benefit for places like hotels where some of the windows need turn openings, and other higher floors might need tilt openings.

Facility Use the Biggest Factor

What a building is used for will be the largest determining factor in whether punched windows are the best choice. For decades, large commercial buildings and inner-city apartment complexes have opted for a sleek all glass design.

However, modern architects are integrating punched windows into their work more because they are easier to work with. They can layer them on a face of a building or home with much more variety to give a unique look.

Similarly, owners have the ability to choose specific viewpoints in and out of their property. When heating and cooling costs, privacy and access control are on the table, punched windows often win out.